Every state in the U.S. has a family code — a collection of laws about family issues like child custody.

The family code could cover anything from court procedures to parenting plan formats. Many laws are common across states.

The family code applies to custody cases whether parents go to trial or negotiate an agreement. The judge must uphold the laws when making a custody decision and when approving a settlement agreement. 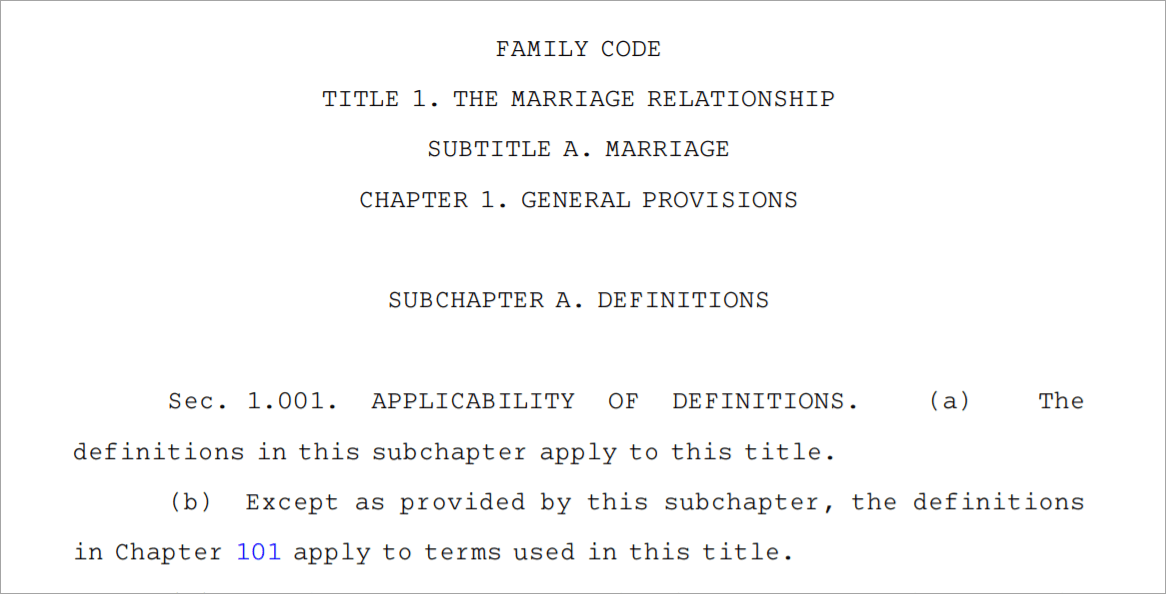 Family law is a general term for the legal issues surrounding families and minors. Child custody, marriage, divorce, paternity and child support fall under this umbrella.

A judge applies two types of law to make a decision: statutory law and common law.

Statutory laws are the formal rules and regulations created by lawmakers. Family codes are statutory law.

Common law (also called case law) is made up of legal precedents, decisions made by courts in similar situations. It usually only applies if the case is unusual and the court can't make a decision using statutory law alone.

Most family codes include a version of these custody laws:

Many states, including Florida and Tennessee, require parents to try an alternative dispute resolution method (most commonly mediation) before the court will hear their case.

Of course, some states have more unique custody laws.

Updates to the family code

Legislators can introduce bills to propose family code amendments (changes) or new statutes. Every state has a process by which these bills can become law.

The Marriage Equality Act is one recent example. In the states that have adopted it, same-sex couples now have the right to marry.

Aspects of family law and custody law tend to change every few years. In particular, child support calculations change as the value of the dollar and living costs fluctuate.

Throughout your custody case, you'll need to organize a lot of information. You may need to create multiple drafts of parenting plans and schedules, track your expenses, message the other parent and more.

The Custody X Change app enables you to do all of this in one place.

With a parenting plan template, custody calendars, an expense tracker, parent-to-parent messaging and beyond, Custody X Change makes sure you're prepared for whatever arises in your journey to custody and visitation

Take advantage of our technology to stay on top of all the moving parts of your case.