Weekly Custody Schedules and Their Differences

There are many different schedules for parents to choose from. The following require parents to exchange their child once a week or less.

After learning a bit about the schedules, read a real life example of parents utilizing a weekly custody arrangement. This will give you an idea of how it works and how you can make adjustments to accommodate your child.

Joint physical custody has two different schedules where your child spends at least a week or more with each parent.

This schedule also requires parents to live close to each other. The benefit of this schedule is there are less exchanges. It's popular with older children who want as few interruptions in their life as possible.

Do these schedules really work?

Recently divorced parents have a seven year old son. They decided to have 50/50 joint custody and created a schedule where the child was going back and forth between homes multiple times a week.

From the beginning, everyone struggled with this schedule. The child was having major anxiety about school, and going back and forth between parents made him feel more like a guest in their homes. The parents were struggling to make sure their son completed school work, and found it difficult to stay up-to-date on all the goings on in his life. The constant exchanges were stressful.

The parents finally realized this was not going to work for them. They came up with the idea of alternating weeks but were worried about their son missing each parent during the week. When the idea was presented, you could see relief wash over the son's face. He knew immediately it would be better for him with school and other activities.

The parents and son decided that if he was missing the other parent he could call them anytime or he could go over to the other's home for a few hours. The parents did not keep track of this time and hold it against each other. They realized it was a great option for their son and put his needs first. Following this schedule has now worked for many years.

The easiest way to make a weekly schedule

A weekly schedule is a great choice if your child is mature enough to handle the time between visits.

Determining whether a weekly schedule will work for your family can be difficult. The Custody X Change app takes the guesswork out of the equation by helping you build a schedule piece by piece. 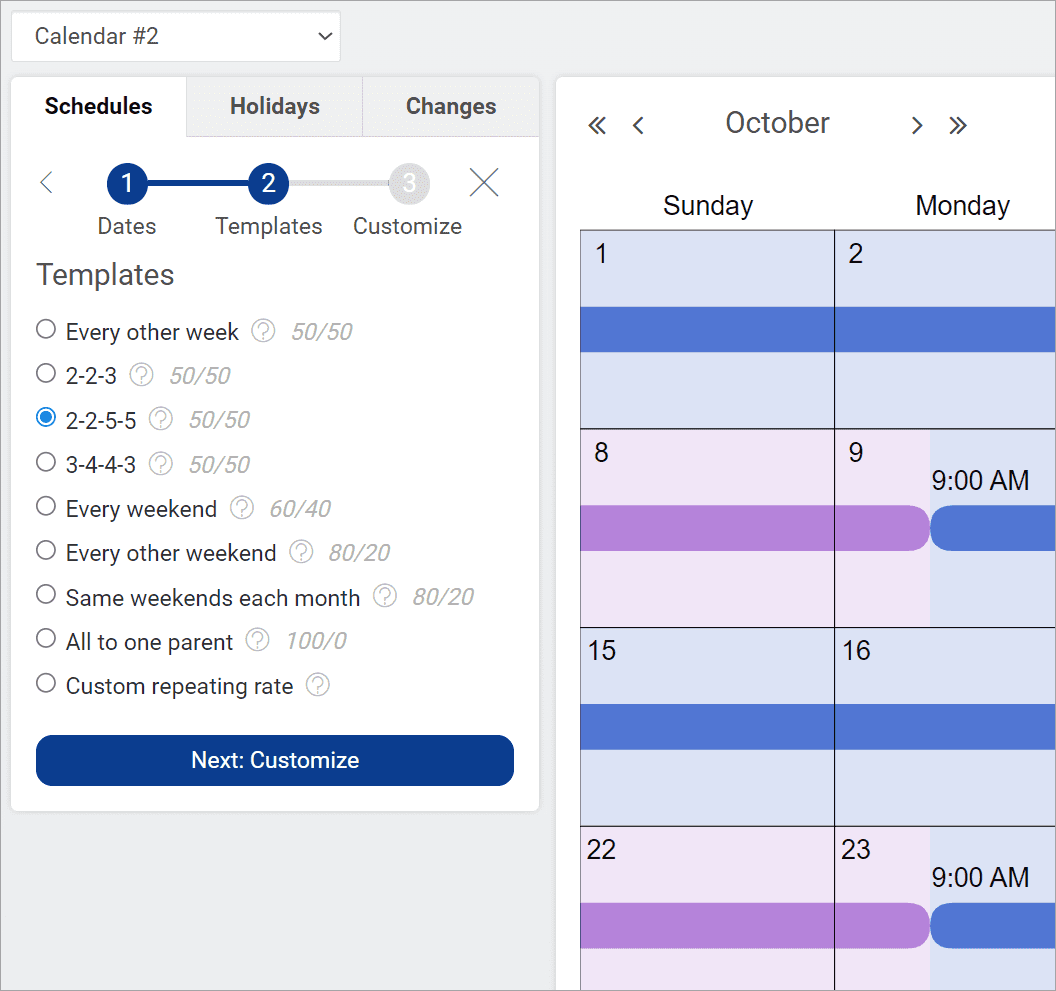 You can make adjustments to suit your child's needs, such as adding a short weekday visit so your child doesn't go a full week without seeing the other parent.