Guardianship is not the same as custody. Both are designed to make sure children have proper care, but they are not interchangeable.

While the main difference is that custody is typically determined by parentage, other aspects also make the two distinct.

What is a legal guardian?

A legal guardian is a person appointed by a court to care for a child and act in the child's best interest. The legal part of the phrase is not always necessary; it just shows that the guardian is recognized by a court.

Authority and responsibility vary by type of legal guardian.

Parents have guardianship of their children by default. However, if a parent is absent or unfit to care for their child, a court may appoint a guardian.

Usually, parents retain their parental rights after a guardian is established, and they can petition to become the child's guardian once again.

What is a custodian?

A custodian has custody of a child. They are usually the child's parent, though they may also be a family member or other person with a strong connection to the child.

There are two types of custodians: physical and legal.

If they choose, parents can create a parenting plan together that sets their custody arrangement.

Differences between guardianship and custody

The specifics of custody and guardianship vary from state to state. But, in general, the main differences between the two are who can take on each role, that person's main responsibilities and the length of the arrangement.

As we've covered, custody is granted to parents or to someone with a parent-like relationship to a child; guardianship is appointed to someone other than a parent.

While legal custodians are responsible for making all important decisions for a child, guardians face more limits. Generally, a guardian only makes everyday decisions affecting the child's care and welfare.

Even though a court can change custody at any time until the child comes of age, final custody orders are regarded as permanent. Guardianship, on the other hand, is often temporary. For instance, if a parent is sick they may appoint a guardian until they recover.

Similarities between guardianship and custody

There are significant similarities between guardianship and custody. Both are legal relationships to a child, and both are determined by a court.

Generally, the daily duties of a guardian and a custodian don't look too different. These include:

Whether deciding a guardian or a custodian, a court's main concern is always the child's best interest.

Naming a guardian in your parenting plan is easy with the Custody X Change online app.

Click the parenting plan tab, and select the category death. 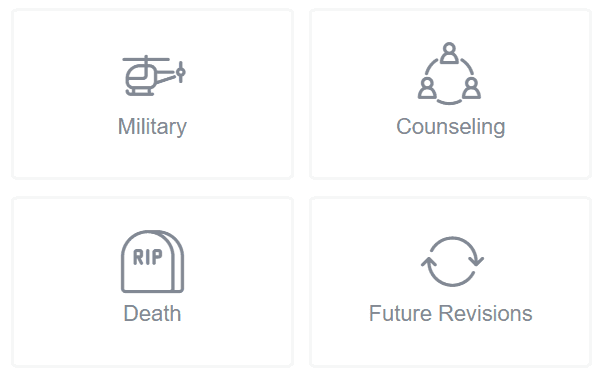 Then fill in the name of the person you'd like the court to appoint as your child's guardian if that becomes necessary.

Print the plan, and sign it with the other parent. Then turn it in to your court to settle your custody case.