When divorced or separated parents cannot reach an agreement about their child even after trying an alternative dispute resolution method, they can apply for family court orders.

Before you apply for one, seek legal advice, even if you plan to represent yourself. Family court is complex and can take years to get through.

In addition to final versions, you can request interim versions of most of the orders below. The courts decide on these quickly, then eventually replace them with final orders after considering the issues in depth.

A parenting order is a legally-enforceable ruling about a child's arrangements. It lasts until each child involved turns 18 years of age.

Usually, a parenting order addresses issues such as:

It can also address specific behaviours, such as how parents will speak about each other in front of the child.

An order can be detailed or brief, depending on the child's circumstances, the parents' requests and the judicial officer.

In Australia, anyone concerned about the care, welfare or development of a child can apply for a parenting order. Most often, parents or extended family members do so.

A parenting order has several subtypes.

A 'live with' order is what it sounds like: a mandate about whom the child will live with.

Usually, it ensures the child has regular time with the parent with whom they don't live, and it includes a parenting schedule. It can also ensure that the child spends time with other people important to their development, such as grandparents.

This order deals with how the child will communicate with specific people — most commonly, with the parent with whom the child does not live.

This order specifies who has parental responsibility — the ability and duty to make major, long-term decisions for a child.

Variations can come into play where they work best for the child. For example, parents could have equal shared responsibility in all areas except education, which one parent would have sole responsibility for.

Parenting orders are sometimes accompanied by other orders.

An injunction restrains a parent or another person from certain behaviour. For example, an injunction may prohibit a parent from letting a problematic relative around the child.

A state-level court can issue a domestic violence order. In an emergency, the police can do the same.

This order restrains someone from committing violence against a family member and may ban them from having contact with whomever is at risk.

Names for this order vary by state, as do the processes for obtaining one.

If parents reach an agreement, they have the option to ask a court to make consent orders reflecting it.

Consent orders have the same effect as a judicial officer's decision after a trial. If you break one, you could be issued penalties, up to jail time for repeated offences.

Applying for consent orders often means you avoid appearing in court. If you've already begun court proceedings, you can bring them to a close at any time by applying for and receiving a consent order about the disputed issue.

The first step is to write up a parenting plan that details your agreement with the other parent. Then, take the parts that you want to make legally enforceable, and enter that information into your court's forms. Or just attach your parenting plan to have the entire thing turned into a consent order.

The courts will only approve orders that are realistic and serve the best interest of your child. If your application is for sole parental responsibility, you'll need to say why this is best for your child.

Keep in mind that changing a consent order without the other parent's approval is difficult.

Breaching a court order is a serious offence.

If the other parent is not complying with an order, gather evidence and keep detailed notes about their infractions. (You might use a digital parenting journal.)

Then you can ask the court to enforce the order or impose a penalty.

Initial penalties may include:

If a parent disobeys the order several times, they may face more serious penalties, including:

Family court orders can be complicated, especially for a parenting schedule. When exactly does the weekend begin? Which day is considered the middle of summer holidays?

Use Custody X Change to transform your orders into a digital custody calendar both parents can edit and print so you'll never have to wonder whether you're staying in compliance. 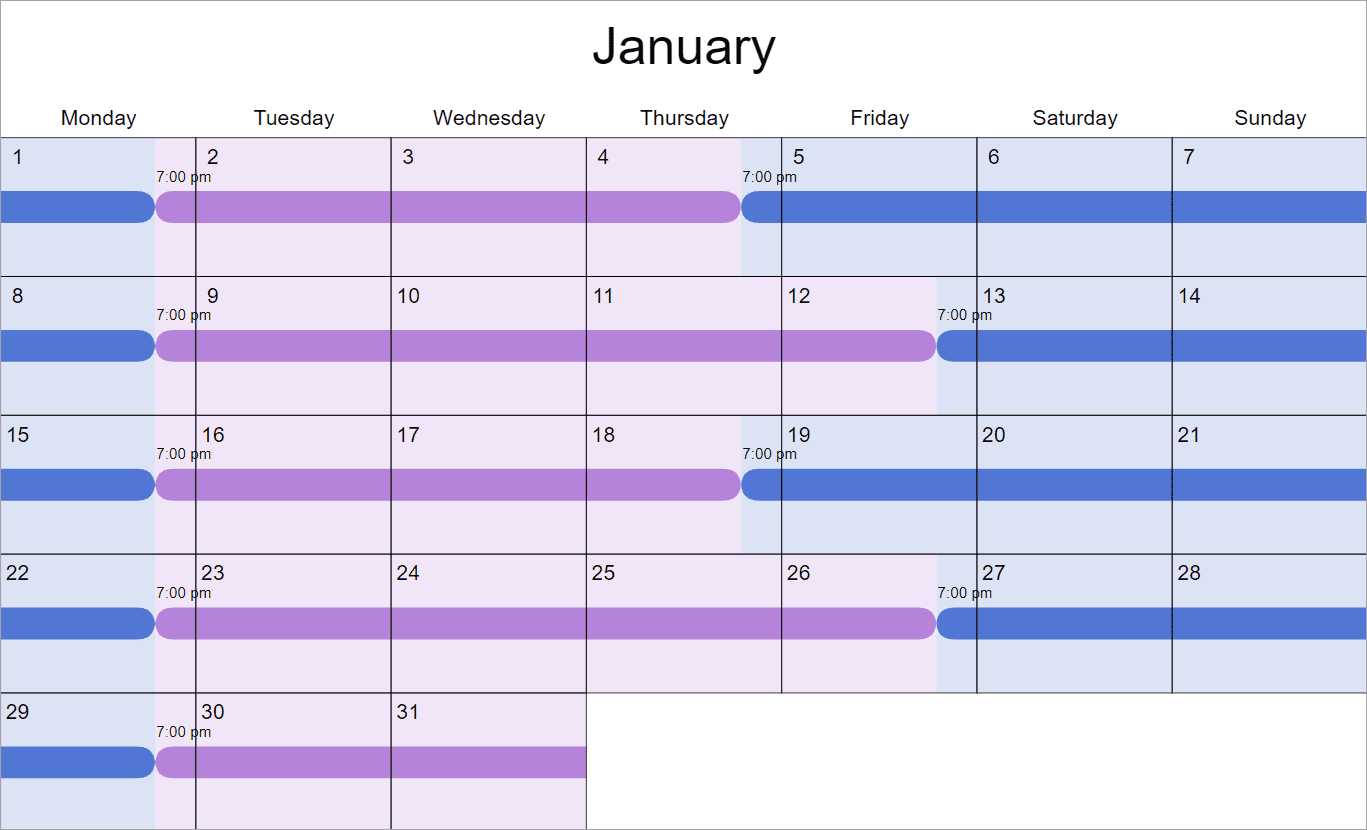 You can even track how well 'live with' and 'spend time with' orders are being followed with our parenting time tracker and parenting journal.

Custody X Change has all the tools you need to set your parenting arrangements up for success.