When parents in a case involving their child's custody and placement are unable to reach a settlement, the court schedules a trial. Here, each side gets the opportunity to present arguments and evidence. Then, the judge or commissioner issues final orders.

Note that some trial procedures may vary by case and by court.

In the lead-up to the trial, you'll prepare evidence in the form of witnesses and exhibits.

There are two types of witnesses: lay and expert. Lay witnesses can be friends, family members and the parents themselves. Expert witnesses are psychologists, social workers and other professionals with relevant knowledge.

All witnesses must have firsthand awareness of what they testify to — except for custodians of record, who testify to the validity of documents. You or your attorney should meet with your witnesses to make sure they're ready to take the stand at trial.

Exhibits can come in many forms: 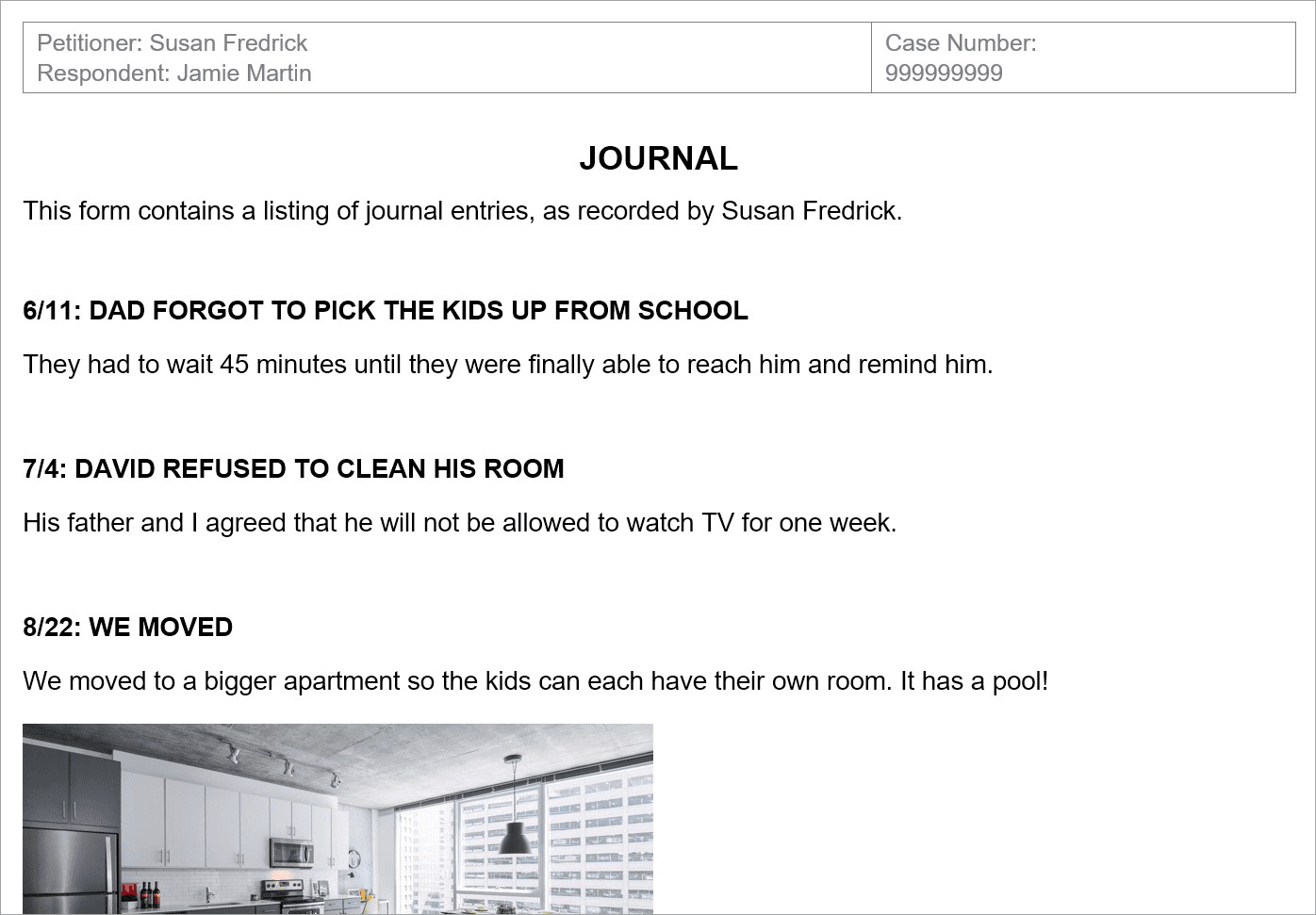 The judge or commissioner also considers each parent's proposed parenting plan and placement schedule, as well as the report from the custody study, if applicable.

Each side gathers evidence during discovery, a process that goes on throughout the case. It mainly involves the exchange of documents but can also include depositions (on-the-record meetings where the parties question one another and witnesses).

You may have a pre-trial conference, where you review trial procedures. You'll likely have to turn in an exhibit list, which shows the evidence you plan to present.

The State Law Library's information on evidence can help you determine what's acceptable to present in court.

Divorce and separation cases must wait at least 120 days after service before there can be a trial. Other cases can get an earlier trial date, but it may still take a month or so from the date of service.

Simple cases that involve only custody and placement issues can conclude within an hour. Divorces often take several hours but can take several days in complex cases, such as when spouses own multiple properties or businesses.

The court assumes trials involving attorneys will take longer than trials where parents represents themselves, as the latter tend to be less formal.

If you have an attorney, they will question witnesses, present exhibits and speak to the judge or commissioner for you. If you don't have an attorney, you'll have to do all this yourself, plus give testimony without questions to prompt you.

The petitioner (the parent who started the case) has the floor first. They can begin with an opening statement or go right into evidence.

Once they've questioned their witnesses, the respondent (the other parent in the case) can also question these witnesses in cross-examination.

Then the petitioner may question their witnesses again to clarify anything muddied by cross-examination.

Once this questioning ends, the respondent follows the same process as above, starting with the optional opening statement.

If the case has a guardian ad litem, they can also question witnesses and present evidence on the child's behalf.

To conclude, each party gives a closing statement to sum up their arguments.

The judge or commissioner usually issues a decision the day the trial ends, but they may need a few days to deliberate. Parents receive a copy of the final order (formally called the Findings of Fact, Conclusions of Law and Judgment) from their attorney via email or from the court via regular mail.

If either parent believes there was an error in the decision, they have 45 days to file an appeal (page 12). Beyond that point, parents can only request to change the order. Two years must pass before there can be a modification unless there's proof emotional or physical harm has been done to the child.

If a family court commissioner issued the ruling, a parent can request a de novo hearing, in which the judge initially assigned to the case hears the same arguments and evidence, then either confirms the commissioner's ruling or issues a new one.

The day of the trial

You'll need to present evidence, which could range from messages with the other parent to a calendar showing when you care for your child. You should also propose a parenting plan.

The Custody X Change app lets you create and manage all of these elements in one place.

With parent-to-parent messaging, personalized calendars, a parenting plan template and more, Custody X Change makes sure you're prepared not only for trial but for every step of your case.

Take advantage of our technology to get what's best for your children.

Settling out of court